Sellng The Mansion #2: The Players 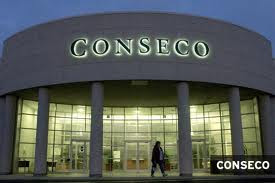 If this is the first in this series you've read, you can see where this story begins HERE. At the risk of sounding like a cheap Emmy acceptance speech there are three people that need to be recognized at the beginning of this part of the story - Ryan Leitch, Jeff Groth and Jason McCullough.  Ryan is an outstanding attorney for Riley Bennett and Egloff and our principle legal contact. Jeff was a phenomenal asset as the buildings and grounds director at Conseco and Jason essentially coordinated all of the maintenance at the company.  In different ways we owe each of these three men an enormous amount of thanks for how they supported us doing our job to sell this property.  I can't remember one instance when we asked for their help that they weren't there for us and for contrast, the simple act of showing this property to a buyer was no small task.

When we showed the property one of these three had to go there (usually Jeff and Jason), disable the alarm and then return and rearm it when it was over. The mansion had 152 exterior doors, all of which had to be checked and rechecked before the alarm could be rearmed and they were responsible.  We never had keys to this property (thank goodness) so their support was invaluable.

They were our principle contacts in this process.  There were many others as well.  Numerous attorneys for both the company and the former owners were intimately involved and we faced no less scrutiny from either side on a daily basis. Then there was 'the man'. 'The man' was in charge of the process for Conseco. We'll call him Mr. Big.  Mr. Big, we were told, was a special projects coordinator based out of the east coast. He was handed the task of taking back and liquidating the residences of the former board of directors of Conseco who the company had taken action against. These properties were scattered from Carmel to the St. Martin.  Mr. Big had won serious business battles with the Donald (yes, Trump) immediately prior to the action to take back real estate by Conseco which was in part why he was chosen to be our boss.  He was tough, brilliant, demanding and at times almost irrational in the process. I've always thought there was a fine line between brilliance and arrogance and Mr. Big was the living, breathing personification of that.  His terms for potential buyers were: $1,000,000 earnest money deposit. No contingencies. That's right, none.  No inspection contingencies and no mortgage approvals of any kind. Not many people were going to buy without an inspection contingency at the very least and he believed that once you put up your $1,000,000, you weren't getting it back.  In a later post we'll be discussing how one potential buyer actually got affected by that contingency.  Despite us spending well into six figures to market this property and not sleeping much over the stress, Mr. Big threatened to fire us repeatedly.  He believed in the stick, needless to say. I can STILL here him saying in his Boston brogue, 'Cuuupuh....am I going to have to fire my broakaahhhs and get someone who can actually do this?'  Give me a break.  As if the carrot and the pressure wasn't big enough already we had to deal with Mr. Big. There were no vacations from Mr. Big.  I remember several times with my family on vacation in Michigan where I had to pace outside a rental unit at 10:00 at night waiting for a phone call from him to get my weekly drubbing. While we survived the process to closing, Mr. Big did not.